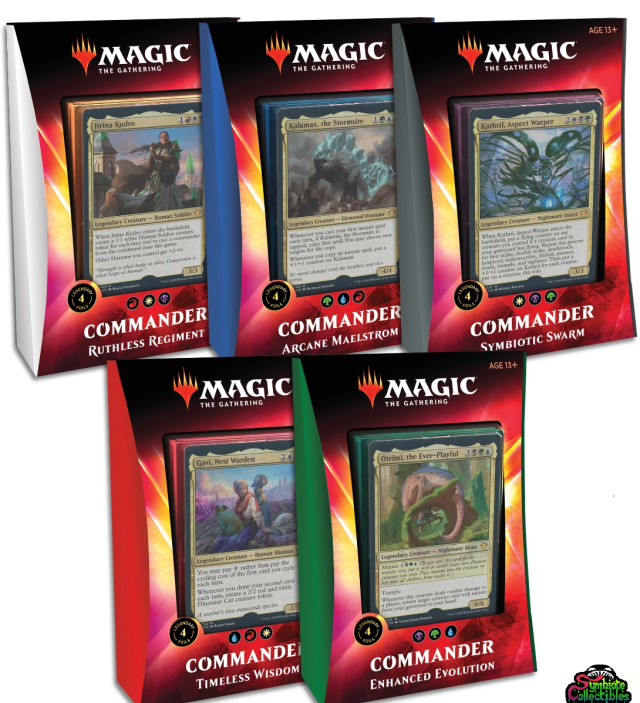 For Commander (2020 Edition), Magic is trying something new: the Commander decks align with Ikoria: Lair of Behemoths.

With 71 new cards not found in Ikoria: Lair of Behemoths Draft Boosters, these five decks take players even deeper into Magic’s wild world of monsters. All cards are legal in Eternal formats like Legacy and Vintage.

Set on the new plane of Ikoria, Magic’s wild new “monster world” brings some of the most ambitious play mechanics the game has ever seen and features the planeswalker Vivien Reid.

This item will be available 5/15/2020 and we at Symbiote Collectibles now have in store or curbside pickup!

2 available
Add to Cart
Powered by